The return of the '90s supermodel

While Claudia Schiffer's career might have been kick-started by her resemblance to Brigitte Bardot and her playfully sexual image, she is also known as being the sensible supermodel who has escaped the various drug habits, mental breakdowns, temper tantrums, court appearances, and tempestuous relationships that have afflicted various members of the supermodel gang. Nowadays she is very busy launching her new make-up collection, created in partnership with ARTDECO (she previously created her own cashmere brand, and also teamed up with label TSE on a cashmere line, but now she's turned her attention to cosmetics) after first flirting with the beauty world when she collaborated with Schwarzkopf on a range of hair products.

I met up with her in Milan, where she launched her new book (Rizzoli Publications) on her 30 years in fashion during a cocktail hosted by Donatella Versace, and listen to me when i say, after modeling for all the major designers, after stamping her mark on the entire spectrum of fashion, Claudia is freer than ever.

When schiffer began modelling, after being spotted in a Düsseldorf nightclub aged 17, she was shy and perhaps a bit misunderstood. "People sometimes say I am reserved, maybe becaus Germans can come across as quite cold when actually they are not. The way Germans are slow to warm up, but when they do they are your friend for life and very loyal." And once Claudia was in front of the camera, she could play the role of the sexy blond every easily, and if you take one look at the photos from her new book (curated by Schiffer herself) you will know what she's talking about.

The secret to Claudia's longevity is that she has taken charge of her image and her career by choosing to work only with the best of the best. This is why her new book features some of the most celebrated and iconic photographers in the world, from Richard Avedon, Patrick Demarchelier, Arthur Elgort, Steven Klein, Peter Lindbergh, Steven Meisel, Herb Ritts, Francesco Scavullo, Mario Testino, Ellen von Unwerth, and many more. Her many iconic moments included Richard Avedon capturing her pulling down the waist of a metallic miniskirt for a 1994 Gianni Versace campaign and starring in Arthur Elgort’s fun-filled tribute to La Dolce Vita for Valentino.

Claudia follows in the footsteps of other supermodels who have released their own cosmetic ranges, including Rosie Huntington-Whiteley, Cindy Crawford and Miranda Kerr. The line features a range of lipsticks, eye shadows, and nail polishes, as well as primers, foundations, and various tools of the trade. All of the items come in chic, gold-and-light pink packaging and are adorned with raindrops and cloud motifs, based on Schiffer’s childhood nickname, “cloudy.”

Now throw in the new collaboration with Aquazzura (a capsule collection characterized by lavish materials and expert artistry) and you have yourself a very busy model on your hands.

I am very excited to announce my special collaboration with @aquazzura! My eight-piece collection will launch in October 2017. Stay tuned ? X #ClaudiaSchifferForAQUAZZURA ? @andrewwoffinden

?my spirit robot is… #BeautyBot. Welcome to the Golden Circle, where she’s the #1 source for all beauty needs. Just a few more days until @KingsmanMovie is in theaters! ?xx 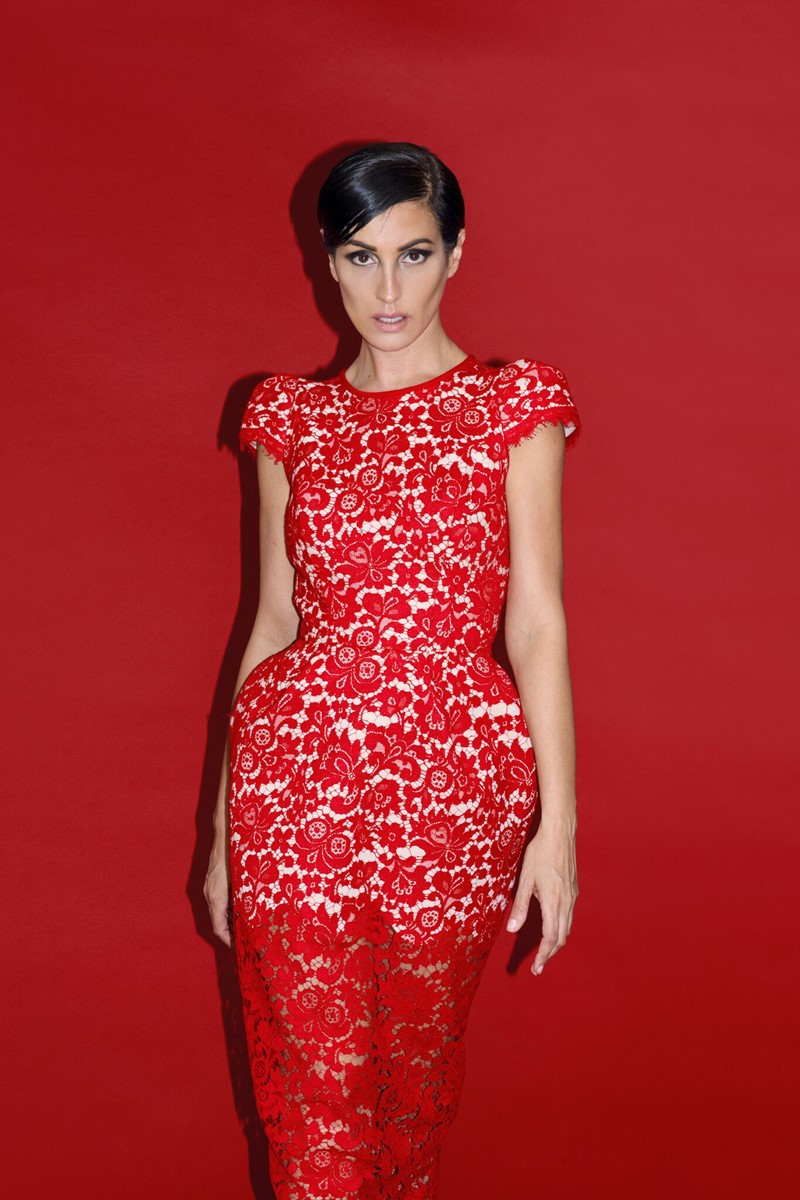